Put Your Hope in the Chicago Cubs! 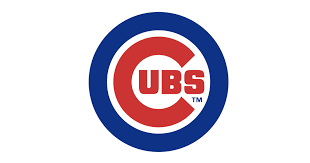 It’s been 108 years since the Chicago Cubs last won a championship. The Cubs were repeat champions in 1908, having won the World Series in 1907 as well. You wonder if fans at the time thought: “we’ve created quite the dynasty here. I see us winning several more championships in the near future.”

Between 1910 and 1945 the Cubs would reach the World Series 7 more times, losing every time.

It’s not as though the last 108 years haven’t been eventful. Billy goats, black cats, the Leon Durham error, and the “Bartman” game are all part of Cubs’ legend. Every time the Cubs get close, something inexplicable happens. The Cubs are cursed!

Given this history of losing in such heart-breaking manners, it makes sense that Cubs fans become downtrodden and panic at the first sign of trouble. We have a LONG history of disappointments, so we expect disappointment.

I’m writing this as the Cubs prepare to host the Indians for game 5 of the World Series. The Indians lead the series 3 games to 1. And Cubs fans are nervous.

I’m offering an alternative to the panic. The way to break this curse is through hope. Sounds ridiculous right? Let me explain.

There is no curse. The problem is that we believe there’s a curse, and our minds are powerful enough to turn thoughts and beliefs into facts. This is what our minds do. It then becomes a self-fulfilling prophecy. Something bad and unexpected happens, and we’re convinced it’s just another marker of the doom of the Cubbies. “You see, the Cubs are cursed,” we say to ourselves.

As I watched the Indians win game 4 to take a commanding 3 games to 1 lead, my mind too was filled with doubt, disappointment and angst. But I’m not going to let those thoughts ruin my experience.

It may sound naïve and unrealistic. But the only way to break this invisible curse that doesn’t exist is through hope. We’ve got to look the curse in the eye and say, “you are a thought, and I choose to no longer listen to you!”

Sounds crazy? It sure does. But, what’s crazier than rooting for a team that hasn’t won in 108 years?